The Brit On The Block 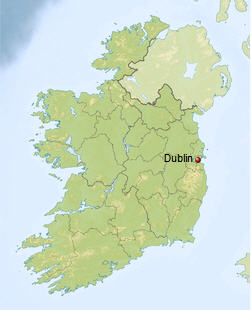 At Dublin Airport, I realized that I would sleep with any of the men there, as long as they talked to me the entire time. Readers, that statement may shock you – especially the guys who are nice enough to read my scribbles on here, but you would feel the same way if you heard those pretty Irish accents.

I picked the Chicken Korma – and I have to say that it was probably the best curry I’ve had in years. But the most wonderful part of dinner was that I got to spend it with my beautiful Auntie Janet (who has no bobble heads like Auntie Doreen), my cousins Steve & Lindsey (Janet’s kids), and their respective families.

What I didn’t mention in my previous post, was that the day I arrived in England, my cousin’s hot water heater went kaput. She was mortified. I was not at all concerned. What did I care about taking a shower/bath? I had a comfy bed, and chocolate in the fridge.

Take it from me, when flying any long haul, the seats in business class are well worth the upgrade. Instead of sitting in a row of uncomfortable people, feeling like a bratwurst in a packet of hotdogs, I got to stretch out languidly, curl into a horizontal fetal position and cover myself with a real blanket. And then I promptly passed into a drug induced sleep for about two hours.

It has been a very long time since I have checked in with the blog. Most of you know it’s because I have been off gallivanting across Europe, ignoring all my responsibilities in the USA.

I am married to the Gumpmeister. It is from him that I often get my inspiration to;

When I was a kid, and our family took a road trip, my dad would get us up at four o’clock in the morning so we could get on the road bright and early. We’d be so excited….mum would get the thermos full of hot, sweet tea, and we’d down our cereal and toast in record time. The car would have been packed the night before, and off we’d set with our favourite toy, a book to read in the car, and the ever-present scent of egg sandwiches assaulting our noses and making us salivate. We’d feel like we were on a grand adventure, and we were always so thrilled to arrive at our destination four hours later. That’s right, FOUR hours later. By British standards, that was considered to be a long drive, worthy of all the food consumed en-route. Any journey longer than that would require a stop-over at a B&B.

In the thirty plus years I’ve lived in the USA, I’ve long heard Americans joke about British food. There are two predominant comments.

British food is ‘bland’ and ‘has no seasoning/flavour

How can you eat kidney pie? (This is a misconception. Small pieces of kidney are mixed with tons of steak to add flavor, and it is called a STEAK & Kidney pie)

I wasn’t going to post this latest blog as it seemed so trivial and silly in light of the awful tragedy in Manchester. I didn’t want to be disrespectful at a time of great sorrow. But then I decided that I should go ahead, because I am British, and proud of my people. They, (like the American people) pull together when there is a real threat to divide their nation, they do NOT let anything stop their lives from continuing as normal. The British have survived wars, invasions, and will never surrender to terrorism and tyranny. My hearts go out to all those devastated by loss and injury, and my pride goes out to the country that is in my soul.

Gump and I lived on the east side of the river before we got together and married. I lived in a small 1930’s abode, cute, clean, and happy (think Pleasantville). He lived in a 1960’s ranch style home, furnished with patio furniture, a dark and gloomy place I christened ‘the Batcave’ – Our tastes in décor, lighting and paint were poles apart, but we both loved working in the yard (although mine looked much better)…..and the soil was rich and bountiful.